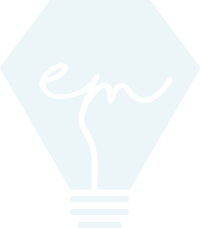 Bright Idea - Tacos and Burgers and Pizza, oh my!

We chat with Danny about the secret behind his business names and find out if he prefers beards or goatees.

As we continue our journey through the minds of local creatives in Hawaii, we visit our homie Danny Kaaialii on the corner of Nuuanu & N. Hotel. He and his business partner Jonny Vasquez recently won HONOLULU Magazine's 2021 Hale Aina Award for Restaurateur of the Year. The Daley was recognized by Food and Wine Magazine and featured on their list of “The Best Burger in Every State.”

Encore Saloon has been our go-to pau hana spot for taco Tuesday for years. You can also spot team Ellemsee Media also stopping by The Daley for a burger and beer lunch. Don’t forget to try the Detroit style pepperoni for it’s phenomenal crispy cheese crust over at Pizza Mamo!

Watch to find out if he prefers beards or goatees.

Danny Ka’aiali’i: If I was an item on the Encore menu I would probably be rice and beans. Number one, I eat rice and beans every day. It’s delicious, it’s hearty, healthy, and pretty straight forward, simple dish… and delicious like myself.

Tell us about what’s going on over here on the corner of Nu’uanu and Hotel street.

DK: My name is Danny Ka’aiali’i I’m the owner of Encore Saloon, The Daley Burger, and Pizza Mamo. So the 3 concepts that I have, the first is Encore Saloon. It is a mezcal bar that serves mexican inspired food. We been here since October 2016. Just a fun concept. Definitely a bar concept. It’s casual, one of our tag lines is “Good Times” and we like to carry that through our experience for our customers/guests.

The 2nd concept we started in September of 2019 is the Daley Burger. We take Kauai grass fed beef smash it on the flat top, american cheese, diced onions, La Tour bun, special sauce. Pretty simple burger done our way. We love it, a lot of people have grown to love it as well. We also offer crinkle cut fries and local draft beer, so we like to call it a burger bar.

The newest concept we started is Pizza Mamo. Pizza Mamo is a pizza spot obviously that focuses on doing Detroit and Brooklyn style pizzas. We really put an emphasis on bringing in and using the best ingredients to where were actually outsourcing and bringing in to the state Central Milling Organic Flour, whole milk mozzarella from Wisconsin dairy direct and tomatoes from California. Just to name a few ingredients that we really put a premium on. We're the only place that we know of in Hawaii that are using those ingredients. So we're really proud of that.

What’s the weirdest food modification request you’ve ever had?

DK: The weirdest food modification we've ever had is probably our ten stack at the Daily Burger. So we offer singles, double down as two patties. You can do a triple, a quad. This guy came in and got ten patties stacked. That's pretty rowdy. I don't know about that, but he finished it in one sitting. Yeah.

If you could go back in time, what advice would you give 10 year old Danny?

DK: Wow. If I could go back and tell myself at ten, give myself some advice, I think it would be learn programming and don't go into the restaurant business, I think does maybe take school a little bit more seriously. I feel like that's a good one.

Where did you draw inspiration for the names of these businesses?

DK: So we got the name Encore actually doing research for the building. When I first came and looked at the space that Encore is in, it's a beautiful building.

It's built in 1886 original brick. The building itself, and the space has just a ton of character and doing research on the building. We found out that it survived the two great fires of Chinatown, and the name of the building was Encore Saloon, we actually had a different name in mind. But when we found this name, we realized the importance of the name, and we really wanted to give a nod to the history of the neighborhood and the history of the building. So we adopted the name Encore Saloon.

The Daily Burger is actually my partner, Johnny Vasquez, and I went on a RND trip to Chicago, and I always had the idea. I wanted to use the Daley and a concept name like Daley Taco or Daley Juice or along those lines. And after going to Chicago, we saw this name all over the city's Mayor Daily's name, which is ubiquitous name in Chicago. We also something that you see throughout Chicago, these little neighborhoods, as every neighborhood has their own bar. And in the middle of winter, it's hard to get around. So people just go down to their bar in their neighborhood. So we wanted to build and make a neighborhood burger bar. Because of that, we chose the name the Daley Burger, kind of a play on words with daily spelt differently, but also a nod to the city of Chicago and what they've created with these neighborhood bars. And we wanted to do the same in Hawaii. So that's why we chose that name.

Pizza Mamo... We definitely wanted to have pizza in the name. We knew that that was important. And then what was the other word that we were going to partner with pizza? So we started looking at birds in Hawaii and found the Mamo bird. The Mamo bird was this beautiful bird that is now extinct. But actually Hawaiians used to catch the Mamo bird. And they had these yellow feathers. It would pluck one or two of the feathers. And actually, these yellow feathers are the ones that were used in Kamehameha’s cape. So we really love that story. And we wanted to create pizza that was fit for royalty. That was Regal pizza. Also, the business itself is kind of heavily focused on delivery as well. And we wanted that kind of expedited process and that association with a bird being quick to pick up or quick to be delivered. Also, it just rolls off the tongue. Well, Pizza Mamo, it sounds almost Italian.

How important are aesthetics when it comes to your brands?

DK: Aesthetics or everything for our brands, for sure. From our design and layout of our spaces to the actual branding itself, our logos and sub logos. It's something that we pay a lot of attention to. It really differentiates our brands from other brands. It's something that is really important to us. We actually work with Reckon Shop Gavin Murai. He's the man. He does great work. He really understands what we want in our brands and our aesthetic and just brings them to life.

The rules are we ask a series of questions and Danny will have to answer them instantly without any time to think about his answer.

DK: Next for our companies and our brands moving forward. We definitely look at expanding. We want to expand Pizza Mamo. And we want to expand the daily, maybe looking at different areas of Honolulu and Hawaii where we could push those concepts. And then we have a couple of projects in the that works. It's still kind of a little DL right now. We're not trying to shed too much light on them, but we definitely have some exciting things that we look forward to bringing to the people of Hawaii.

Do you see the tern fly out of the tree? There's another concept we're messing with and actually tern it as part of the name. 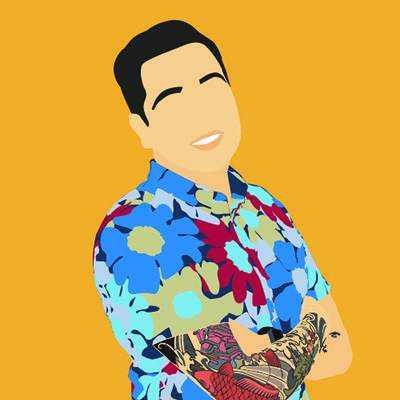